My poetry is dying from the waist down. One has to deal with this somehow. Here's a picture of me blowing an imaginary trumpet on the Bowder Stone: 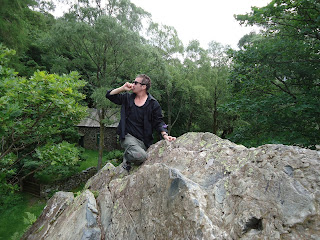 Some Fairies in Blue Scoots

ONE DAY some Fairies from outside became

in Blue Scoots to peel off the Wallpaper tear down

the Lights unwire everything even everyone's Hearts

unplugged on the wet Pavements outside

shivered the Rain began to rise-oh

what have we done but then the Windows and O

the Bells began the Bats and Rats

have you ever seen this?

in such strange Gaits we parted from the Scene

again in the Flurries

(think again of love and what)

of it now for surely?

attached at either end to hoses and pumps

into life motivated by some primal need for fodder

ironing out, his cellulite smoothing, his face

taking on a forced fat smile; he rises, unsteadily

regretful at last; he ascends over the rooftops

like the vast rear end of a fattened autumnal hog

observed by all viewers everywhere, as children with bows

and arrows with suckers and pea-shooters

attempt to knock him down like a blimp filled

with gas that may just ignite and crash

upon the grass amongst the cats and sandwiches

to scare the spectators, each of whom

each of whom is a little scared of what might

happen next; but all that happens is his grin

gets bigger; his bottom balloons out into the clouds

and he drifts away to take his place upon high

in the starry pantheon of people we no longer

give even half a shit about, but would still like

to see die in our heart of hearts

of what we cannot be
stretches before us
Posted by Steve at 7:28 pm No comments:

for my first few seconds

you are still alive
Posted by Steve at 5:18 am No comments: 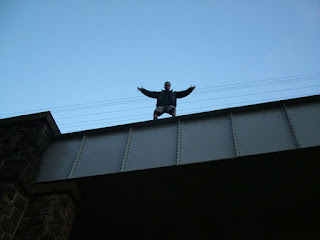 how vigorous, how vivid
how ancient in their ratio
just waiting for us
to fuck off

do not for one momentlet your heart stopfor there are miracles yet
to endure
.
Posted by Steve at 10:57 pm No comments: 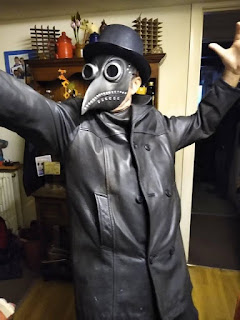