Do people come back from Hell?

If you were in Hell and the Pope decided that the particular offence you had been damned for was no longer that bad in your particular case, would that mean you had to be released and allowed into Heaven? And would you be entitled to some compensation? Perhaps even therapy for the probable post-traumatic stress? I mean who goes through x years of unbearable torture without some psychological fallout? If you weren't rehabilitated in some way you could be a liability always starting fights with the cool floaty people in Heaven,, which they might not find very heavenly, and which could lead to complaints and 'problems' in the place without problems.

But maybe if your sins are still pending a final decision as to their scale of mortality etc, you don't go to Hell but rather to some sort of holding complex until the decision is made. This might be 100 or 1000 years in the future, but of course God will know that it's going to happen and won't let you be subjected to any torture for something which He will eventually turn out to have approved of when his various popes realise it. This holding complex will therefore necessarily be a nice place that isn't too different from Heaven.

While we're at it there's something else I'd like to know. If the crucifixion of Christ brought about a new covenant between humanity and God, whereby humans could now be redeemed of their sins and granted safe passage to Heaven upon repentance and acceptance of Christ, then wasn't it sort of the responsibility of God to advertise this to all humans at the point when it became available? I mean why did he only let a few people know about it? I know they told other people and gradually over 2000 years a lot of people found out, but a lot of people died in that time without knowing and must have gone to Hell. Actually, some people still don't know up in the highlands of Papua New Guinea or deep in the rainforest in South America. So are some people still going to Hell every day because they haven't been told they don't need to any more?

I don't mean to be awkward or anything, but this doesn't seem quite fair to me. Are there any theologians out there who can explain these things to me?

And, if God is omnipotent, can He prove He doesn't exist?

La Rage—sing, goddess, of the Rabies of Achilles

who could love your face so full of interior disfigurement?

The Papa has issued clarification-condoms

Hunkpapa winewall at the margo
in eery breathbasks 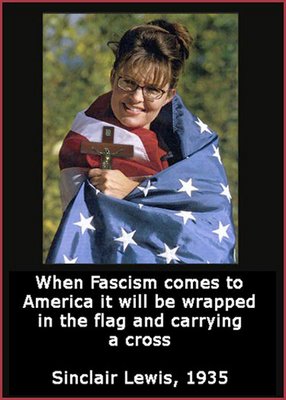 I looked down at my finger snapped off
the train coming in
the misty postcard light
rain of blood
is this perfect?

in the thick fear I think of breasts
I think I see them
coming at me
why the sad comfort of dripping eaves
as little cold mouths looking out?

this wine goes everywhere
nothing is elated

you want to be us
you hate us for it

..................he would stoop into Fitzroy's cabin there
..................to demand more pumpkins
be allocated to some dying damned lizards
on the foredeck
(where it is recorded that he would prefer to perform
his morning daunce of the galapagine finchfather)

this in its askance
is his moral claps

this new assembly of inexplicable light
this alchemy of far things

around the bend in the hill

"I have a set of ethics. If you don't like them I have another set."
—Groucho Marx.
Posted by Steve at 12:53 am No comments:

Em and then open EADGBE tuning

it's firework night at the bloodhop

them kaisers need the bodies to earth their magic
—Madeleine Shine

a one such a one was he when first beheld

wonders within from the exo-inner
you can't do anything reasonable
in fog like this—no one can, not now

(who is boondock?)
this and no more
we are inured at least to animal ruptures

they looked out on a gaseous future landscape
run by wild dogs,he said, all shifty like he was then

I couldn't believe their eyes