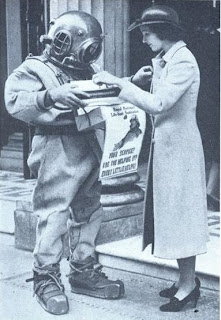 A Youtube Channel for readings from the Burning Gorgeous anthology

We now have a Youtube channel for readings from the anthology. I am still feeling my way into this stuff at the moment, but I hope to improve. Anyway, it brings the characters to life a little and is worth a look:

CLICK HERE
Posted by Steve at 11:51 pm No comments:

Some readings from Burning Gorgeous

I Instruct My Two Leads by Greg Grummer

Outwitting Your Angels by David Mehler
Posted by Steve at 11:42 pm No comments:

the centaur I once owned, No 3245, had an access ply hatch, screwed down, easy to remove for repair, after, springing a leak, always drain down in the winter, and remember, the force, exerted by the mass of water displaced, when slamming into turbulent seaway, useful to have access

while we are drunk prime numbers eat our beloved pets

those idiot neighbours are rutting again
their grey drub like a monkey chained to a radiator
through the middle of it all a thick slick of clay
down which cattle
long ago
in the rain
puddled out a canal—in The Handbook of Wild Animals
of Britain and Europe it states that 'the situation is different
in the Baltic', of which one has little doubt
—it goes on to say that 'many large insects are eaten'
but this too is obvious in the circumstances

what does 'datejust' mean?

Miles sculls softly onward
imagine him there blowing and sculling
in the cold
nothing left
the Carpathia arriving hours later
asking
where's the president?
a great sea monster welling beneath
a m onkey a t the prow laughing its arse
off

oh just imagine the birth of Jazz on the frozen sea

but I love you you know I do

keep your hands off me

maybe Iran 1940 everything starting to die

dead und dgrdtion//i hf nu avid avid what do you look like
you fool
you ful some yu fool the collision was awready happen
over and above the consequences there were
to be considered the humans
my parrot what this parrot here?
I will kill it now with a stick by God I will
if you want to be friends then stroke better
and carefuller like look
a picture has now emerged from the oil shapes-----
this company is not fucked though buy shares now quick
divers divers down davit down
there remotely people how lonely
their legs caUght in clam clutches how they saw/away/ey
their limbs and everyone such a limb/mb
such moments as these
not ever in one's lifetime not ever
robots not relied on
I never expected that it wouldn't get erect
I mean it's never happened before
I can't imagine what she thinks of me now
all that big-titted oil and everything
It's out there like a reputation
everyone sitting round
.....................hating

come back to bed honey
it's not our business